What is Fanconi Anaemia?

FA is a rare, cancer-predisposing disorder affecting about 150 or more families in the UK (the true extent is unknown) manifested by:

There are around 22 genetic subgroups, also known as complementation groups, reflecting 22 different proteins that can be potentially affected in the Fanconi pathway, a DNA housekeeping mechanism.

Some of these genetic subgroups have additional issues such as subgroup FA-D1, where affected children are at high risk of brain medulloblastoma and renal Wilm’s tumour. Some FA genetic subgroup carriers are also at increased risk of malignancy. BRCA2, one of the ‘breast cancer genes’ is actually part of the Fanconi pathway. A FA-D1 affected child is where both parents are carrier for BRCA2 with resultant increased breast cancer risk for the mother.

In the UK and Ireland

The UK and Ireland Fanconi Anaemia Clinical Network’s Standards of Care document provides information aimed at doctors and clinicians. Copies are also available in hard copy on request either for you or for your doctor or consultant. As the condition is very rare, knowledge in the medical profession is scant. The Standards of Care document was produced to ensure consistency of patient care across the UK and Ireland.

Find out how Fanconi Hope helps and supports individuals and families affected by Fanconi Anaemia in the UK.

In the United States

The US Fanconi Anemia Research Fund Fact Sheet and Frequently Asked Questions gives a good overview of the condition and you should also read their excellent, recently-revised handbook entitled: Fanconi Anemia: Guidelines for Diagnosis and Management.

A more comprehensive 2018 overview of Fanconi Anemia can be found in “Fanconi Anemia Synonym: Fanconi Pancytopenia” by Parinda A Mehta, MD and Jakub Tolar, MD, PhD. 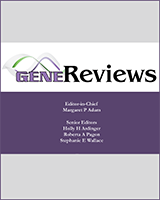 Any cookies that may not be particularly necessary for the website to function and is used specifically to collect user personal data via analytics, ads, other embedded contents are termed as non-necessary cookies. It is mandatory to procure user consent prior to running these cookies on your website.

Join our mailing list and we’ll keep you updated with our work, special events and ways in which you can make a difference. Your email will not be shared.